Posted by new physicist on March 24, 2020
Solar cells are the smallest unit of a solar panel. Understanding how a solar cell works easily if you know how a P-N junction diode works? Do you know that? I know most of you know that. However, I will explain how solar cell works in step by step using images. You can also watch the video I embedded below.
Solar cells, also called photovoltaic cells are made up of semiconductors, materials that have a conductivity between that of an insulator and conductor. In essence, a solar cell is a junction of two dissimilar semiconducting materials, known as p-type and n-type semiconductors. Both of these can be made from crystalline silicon.

Since silicon on its own does not conduct electricity other atoms are added to silicon’s structure. This process of adding other atoms called impurities to silicon structure is called doping. Pure silicon has a diamond-like structure called silicon lattice. Its four valence bond electrons allow it to perfectly bond to four of its silicon neighbors. However, this silicon lattice is essentially an insulator as there are no free electrons for any charge movement, and is therefore not a semiconductor. This crystalline structure can be turned into a semiconductor when doped.

If we are doping pure silicon with phosphorous atoms that have five valence bond electrons, it’ll cause extra electrons that are free to move around throughout the structure. Electrons are subatomic particles with a negative electric charge, silicon doped in this way is known as n-type semiconductors.

If we are doping pure silicon with boron which has three valence bond electrons, it’ll cause lack of an election. This lack or missing of the electron is known as holes. Since the absence of a negatively charged particle, silicon doped in this way is known as a p-type semiconductor.

When we put together p-type and n-type semiconductors p-n junction is formed. When a PN junction is formed some of the electrons from the N region which have reached the conduction band is free to diffuse across the junction and combine with holes. Filling the hole makes a negative ion and leaves behind a positive ion on the n side.

When sunlight strikes a solar cell, electrons in the silicon are ejected, which results in the formation of holes. If this happens in the depletion zone, the electric field will move the electrons to the n-type layer and holes to the p-type layer.
If we connect a load between two layers electrons will travel from the p type layer to the n type layer by crossing the depletion region, then go through the external load by creating a flow of current.

If You have any doubts about how solar cell works watch the above video once again. If the doubts still persist don't hesitate to put them below in the comment section. Happy learning. If those images helped you to learn to leave a thank you note to Vysakh. He is my friend, a photoshop expert. I don't have much skill in such computer software. So I asked him for help. He was very happy to help as usual. Thank you, my friend.
OK then, see you next week with another tutorial.
Solar Power 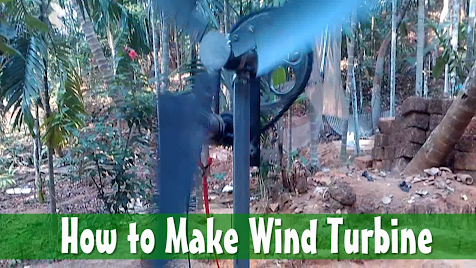 Hey, New physicist here. I am very happy to inform you that the video I published (How to make wind Turbine) nearly two years ago on YouTube got more than 6 million views till now. Thank you for your like comments and unconditional support. Many of my YouTube friends informed me that the video is very helpful to those you are planning to build a large homemade wind turbine. They also told me that it would be great if it had a voice explanation along with the video. Yeah, you can watch that video below. Make Wind Turbine

Well, so in this blog post, I am going to explain, how I made a real wind turbine. A wind turbine has four parts. First, the propeller, which converts the wind into energy to rotational energy. Gear and dynamo assembly is used to convert the rotational energy of the propeller into useful electric power. The tail is a part of the yaw mechanism which helps the wind turbine to face the wind, even if wind direction changes. A turbine base or tower holds all other three com…

How to Design Solar Powered Inverter?

It is estimated that by 2050 the population rate is going to explode and by then our energy needs will also skyrocket. How we are going to satisfy our energy needs. We will have to burn a lot of fossil fuels.
But burning fossil fuels is said to be the reason behind Global warming and then climate change. We have to move away from fossil fuels towards renewable energy sources such as solar, wind, geothermal, hydroelectric, etc.
I’m taking this chance to thank each and every inventor who played a significant part in the Renewable energy industry with their contributions. Sharing this post will be a tribute to them. Let’s do it now. 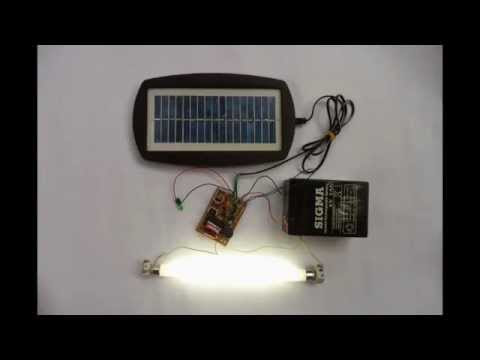 How to Make Simple Emergency Light?

It was around 2009 I first created a simple emergency light for my house. Some of my friends asked me to create more lights for them too. But in 2011 I uploaded this video to YouTube and got thousands of views. It was the beginning of my Youtube Journey. You will definitely laugh if you listen to my English. that weird accent. Stil I love to listen to that. I would like to share that Video with you.  Make Emergency Light