Hi, welcome back to new Physicist. There are two types of crystalline silicon solar cells. Monocrystalline and polycrystalline. What’s the difference between them? How they are manufactured? Why one is much more efficient than others? Why polycrystalline solar cell surface looks like cracked glass?

Once I learned about What’s happening inside a solar cell factory all my doubts vanished. Do you know, How crystalline solar cells are manufactured?

It all starts with the raw material, which in this case is sand or quartzite, more precisely silicon dioxide, from which we’ve to extract precious silicon. Silicon is abundantly available, making it the second most available element on Earth.

Together with coal or other sources of carbon, the silicon sand is melted down at over 2000 degrees Celsius in an electro arc furnace. The result is metallurgical silicon with a purity of 99%. 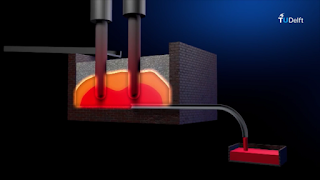 The silicon is collected, usually in the form of solid rocks. These rocks are being melted together at very high temperatures in a polycrystalline factory and then to the distillation plant, and finally to Siemens factory to get high purity silicon crystals. This process is known as chemical vapor deposition. In Siemens factory, a hot seed rod of silicon is used to get 99.9999 % pure polysilicon. 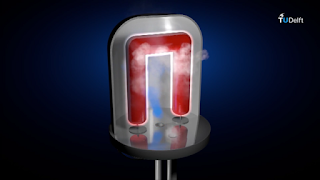 Siemens process is very expensive but other alternatives like fluid bath reactors or blowing gas methods cannot generate this much pure silicon out of metallurgical silicon.

The next process is making Ingots of Silicon. We can either proceed with this pure polysilicon to make polycrystalline ingots or we follow czochralski process or float zone process to make monocrystalline silicon ingots. 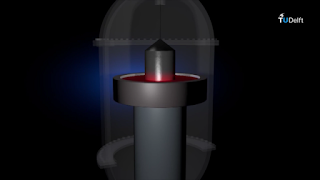 In the process of ingot making, attention is given so that all atoms are perfectly aligned in the desired structure and orientation by controlling temperature and other atmospheric conditions. This process is very expensive that’s why mono crystalline-solar panels are also expensive.

Whereas polycrystalline ingots are manufactured by directly casting melted polysilicon crystals in a dedicated crucible. So silicon crystals have different structures and orientations. 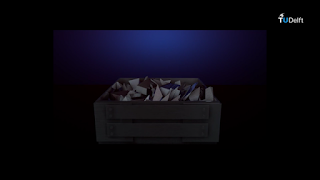 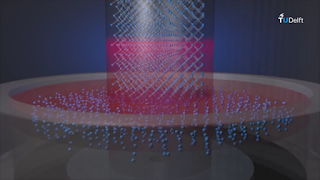 The higher efficiency of monocrystalline solar cells can be attributed to the uniform structure of silicon atoms inside monocrystalline silicon. During ingot making Boron is added, which will give the silicon positive electrical polarity. This can be termed as p-type doping.

The next step is Wafer manufacturing. The silicon ingot is sliced into thin disks or we call it wafers. A wire saw is used for precision cutting. The thinness of the wafer is similar to that of a piece of paper. 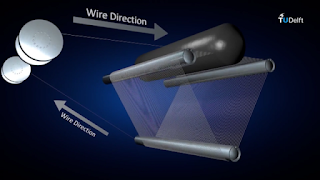 The following processes will convert a wafer into a solar cell capable of converting solar power into electricity.

In an oven-like chamber, phosphorous is being diffused in a thin layer over the surface of the wafers. This will charge the surface with a negative electrical orientation.

The combination of boron and phosphorous will give the PN junction, which is critical for the proper function of the PV cell. 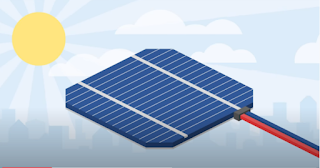 Each of the wafers is being treated and metal conductors are added on each surface. The conductors give the wafer a grid-like matrix on the surface.

Because pure silicon is shiny, it can reflect the sunlight. To reduce the amount of sunlight lost, an anti-reflective blue color coating is put on the silicon wafer.

The blue color is given on purpose to ensure the conversion of solar energy into electricity. The coating will facilitate the absorption of sunlight, rather than reflecting it. This is how monocrystalline or polycrystalline solar cells are made.

Popular posts from this blog

By New Physicist March 24, 2020
Hey, New physicist here. I am very happy to inform you that the video I published (How to make wind Turbine) nearly two years ago on YouTube got more than 6 million views till now. Thank you for your like comments and unconditional support. Many of my YouTube friends informed me that the video is very helpful to those you are planning to build a large homemade wind turbine. They also told me that it would be great if it had a voice explanation along with the video. Yeah, you can watch that video below. Make Wind Turbine

Well, so in this blog post, I am going to explain, how I made a real wind turbine. A wind turbine has four parts. First, the propeller, which converts the wind into energy to rotational energy. Gear and dynamo assembly is used to convert the rotational energy of the propeller into useful electric power. The tail is a part of the yaw mechanism which helps the wind turbine to face the wind, even if wind direction changes. A turbine base or tower holds all other three com…
Post a Comment
Read more

How to Design Solar Powered Inverter?

By New Physicist March 25, 2020
It is estimated that by 2050 the population rate is going to explode and by then our energy needs will also skyrocket. How we are going to satisfy our energy needs. We will have to burn a lot of fossil fuels.
But burning fossil fuels is said to be the reason behind Global warming and then climate change. We have to move away from fossil fuels towards renewable energy sources such as solar, wind, geothermal, hydroelectric, etc.
I’m taking this chance to thank each and every inventor who played a significant part in the Renewable energy industry with their contributions. Sharing this post will be a tribute to them. Let’s do it now.

In this video, I’m going to show you how to design a home solar power system by yourself. We will discuss in detail about the things you need, how to calculate the ratings of the components. How to connect them together. You need to design and install a home solar power system for your house or office.
Main Components of a Home Solar Power System1. Solar Panel
2. …
Post a Comment
Read more

By New Physicist June 14, 2020
At this point, you are in the home stretch. Except for writing the abstract, preparing your science fair project final report will just entail pulling together the information you have already collected into one large document.
Your final report will include these sections:
Title page.Abstract. An abstract is an abbreviated version of your final report.Table of contents.Questions, variables, and hypothesis.Background research. This is the Research paper you wrote before you started your experiment. Materials list.Experimental procedure. Data analysis and discussion. This section is a summary of what you found out in your experiment, focusing on your observations, data table, and graph(s), which should be included at this location in the report. Conclusions. Ideas for future research. Some science fairs want you to discuss what additional research you might want to do based on what you learned. Acknowledgments. This is your opportunity to thank anyone who helped you with your science fair pro…
Post a Comment
Read more